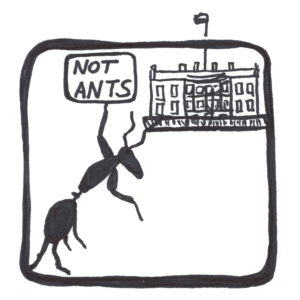 August 17 – Concert in the Woods – Hochstätten

Here’s a stop motion painting / making of the Xactly album cover.  This is available on Needlejuice Records

Additionally, this amazing stop motion video by Kelly McDermott is for the song Stars On the Pavement, also on Needlejuice.

well, it looks like I’m finally getting back on the road for a solo tour.  it’s short and sweet, I’m going to be playing a bunch of my new songs on classical guitar and loop station.  spread the word!

I’m in a very good mood today because our new VIDEO is done and getting spun all across the world!  So exciting. I want to thank you all for your support.  This has been a few months in the making. Lots of the costs were covered by you and your support. I’ve been working with a very special artist named Kelly McDermott. Kelly reached out to me earlier last year.  She had discovered my music online and offered to make a video. We became good friends over time, and I decided to hire her to make a video because I love her aesthetic! It turned out to be a very collaborative process.  I thought I’d give you a little peek into how we did it!

So, first we both listened to it and tried to think of what imagery the music and lyrics evoked for us both.  I sent my thoughts with timings to her then she responded to that with ideas she had… then I sent it back again with more ideas and clearer timings, and she started making her puppets and scenes.  Everything was made from scratch for this particular video, so you can imagine, Kelly put in a ton of hours!  She would send me clips and I’d say “I love it!” usually.  Occasionally I’d offer an opinion here or there.  She sent me the imagery in batches and long clips then I placed them all in with the music and started fiddling.  The way I work on video is to do a lot of fiddling.  haha. Did you notice an historic musical icon who gets featured throughout the video?

I’d like to take this moment to thank Kelly publicly for her tireless hard work on this project.  I’m super excited to be moving forward with this collaboration into the next phase!  Kelly and I are working on another video for the album release in March with Needlejuice Records.  That’s going to rule, I’m sure of it.  Kelly has already sent me a bunch of sketches and plans…. crazy to think she and I haven’t even met in person yet.  Her partner Case Federal is a great musician. I want to say a special thanks to Case, Carly Clanton and Tyler Regan for doing the dancing in the desert puppetry.

I was reminded by friend Diane Cluck that when we were living in Ithaca together 15 years ago I had mentioned that I wanted to get into animation and video.  Here I am 15 years later doing something I never really thought I could do. Now I’m moving on to bigger and better things even! All of this is a move toward making a kick ass film, Moon Shaped Head.  Sooner or later we will score some more funding and move forward.

Hot off the presses folks… this album is number 2 in a 12 album subscription series Seth Faergolzia is putting out over the course of 2022 called “12 of 2022”.  You can subscribe HERE.

Hot off the presses folks… this album is number 1 in a 12 album subscription series Seth Faergolzia is putting out over the course of 2022 called “12 of 2022”.  You can subscribe HERE.

Whenland is a land and tiny house project in Naples, NY.

If this video interests you at all and you’d like to look at a more in-depth video, check out the Whenland Walk-Through: https://youtu.be/2qUaruDWnl4

You can book a stay at the Whenland Tiny House on Airbnb.

Four year project in the woods of Naples, NY… reshaping land and building!