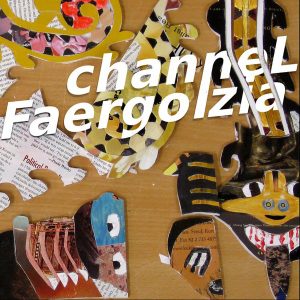 The first project of Seth Faergolzia of Dufus in collaboration with Josh Channel. “Channel Faergolzia,” release April 21, 2010. The two artists created a new combination in electronic and acoustic melding, with Faergolzia’s interstellar songwriting and Channel’s left of center electro-wizardry. It was a step in a more modern direction for Faergolzia, working in sequencing and using samples to create far different soundscapes than would be heard in past Dufus albums.
credits: