It’s been a busy week!  Doing tons of work sitting here at the computer… first scoring out parts for a really long instrumental section in one of my faves from the #100songs project called, “Wander”.  It’s a really happy, fun tune that will undoubtedly become a fan favorite in the future.  This video was taken at Monroe Community College by a friend on the scene here, Jenn Rekos.  It was a fun TV shoot sort of atmosphere with a whole bunch of cameras and people in a booth shouting orders over the headphones of all the camera operators.  High pressure, fast paced performance… I think I did ok?  You be the judge (actually, don’t judge me!  I am super paranoid!!!) 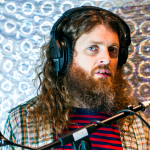 Here are a couple vids just for my video level subscribers from my recent artist-in-residence trip to San Francisco. Enjoy!!

Best That I Can:

Artist-In-Residence at the Convent, San Francisco

Hello, my wonderful subscribers! It has been far too long since I posted here… I’ve been hard at work on a number of projects simultaneously, but none of them are done yet! Soon, I will conclude the #100songs project by going to NYC and finishing the 9 tracks MULTIBIRD recorded at John Kilgore Sound exec produced by Jim McElwaine. We are also working in my studio, Whenland, to finish up tracking for the final songs on the 23 Psaegz album. In addition to these two albums nearing completion, a wonderful thing has happened. The record label BLANG has offered to put out the first of the #100songs albums entitled “High Diver”.  We are working with some really great videographers on a music video which will include world famous high diver, Dana Kunze!!!  This is such cool news, and super serendipitous events led to it happening.  I might be a bit superstitious about serendipity.  It’s really one of my only superstitions.  In addition to all this, both of my bands have been actively performing in upstate New York and I’m planning a European Tour with Multibird. So I’ve been busy!

The real purpose of this post, though, is to share with you what I did during my artist-in-residence stint at the Convent Arts Collective in San Francisco. On my birthday, March 4th, I was feeling a little low and cagey because of the tough winters up here in Rochester, NY, so I decided to look at flights to San Francisco.  Within 5 minutes I had booked a flight, not really sure what would become of it;  I just knew I needed to get out of town and take a bit of time for perspective and reflection.  After I booked the flight, I contacted a few friends I have out there and was invited by my friend Neeti Fidurko of Tree in the Sky to come and stay and work on art / music at the Convent.  Sounded good to me!  I knew I wanted a break, but art is a break for me.  Most of the work I do is annoying, just like people with normal jobs.  I sit at the computer for hours and hours either booking shows or mixing audio or promoting shows… the whole DIY thing is not very easy, especially if you’re not famous.  So I agreed to stay there and produce some art in exchange.  Neeti arranged this whole amazing lineup for a show that I played halfway through my two weeks there.  It was incredible!  Great lineup including Gray Tolhurst of Coo Coo Birds, Sean Real of Little Teeth (who took this video clip and made this commercial for the show), and Graham Patzner of Whiskerman.  All were amazing musicians in their own rights. A perfect lineup for my music;  it seemed that each artist did something similar to things I did musically, but all were quite different from one another.  Special thanks to all the residents of the Convent, including but not limited to:  Sarah, Josh, Gray, Siobhan, Iacopo, Julian, Serena, Ariella, Christopher, and of course Neeti!

In addition to the show, I spent a lot of time working on improvisation, doing some sketches, conceptualizing music videos, canvassing for Bernie Sanders with Cheri Renee, hiking to the amazing parks in SF, and even writing a couple of new songs!  These songs are not at performance level yet, but I did happen to take advantage of the chapel space at the Convent to record a couple tunes for you fine people!

There are two more videos HERE

Whistlin’ at the Convent:

I also did get to perform at a second convent in Berkeley while I was in town.  My friend (and devoted subscriber), Evan Variano, put together a show for me at the convent he lives in, which is a communal living space for professors from Berkeley University.  This was the widest age spectrum I’ve ever gotten to play for.  I think there was a 3 year old and a 92 year old there, and almost every age in between 😉  Very cool experience, totally different from the other show because I played completely acoustic and everyone sat and listened. Felt more like a recital or something.  I love the variety of space you get when you go off on tour, each night presents different challenges and unique experiences.  Now for a bunch of pics…

Me at the airport in Detroit “killin’ time”… 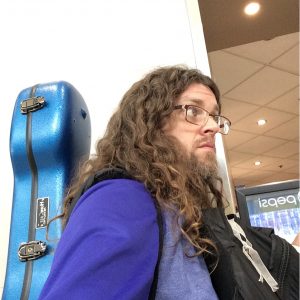 Out canvassing for Bernie Sanders on the streets of SF!  Go Bernie! 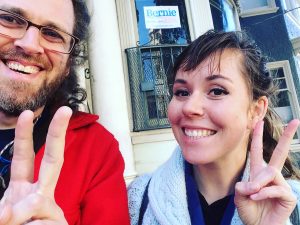 On marionette strings at Land’s End… if you squint, you can see the Golden Gate Bridge. 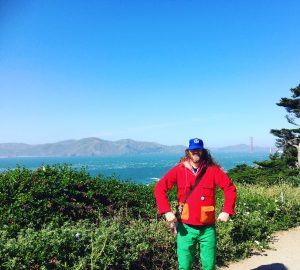 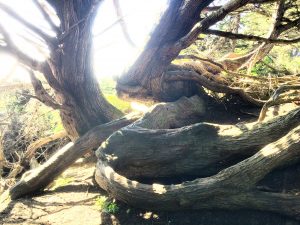 Neeti Fidurko at Golden Gate Park… she’s responsible for my artist-in-residence at the Convent. 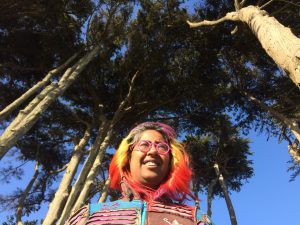 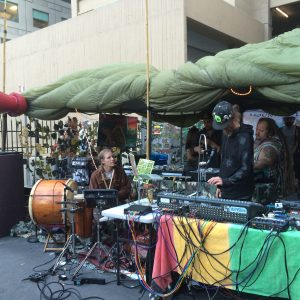 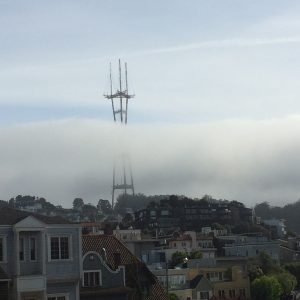 San Fran is so pretty and has amazing parks, that’s what I tried to do most days, go for a bit of a hike… 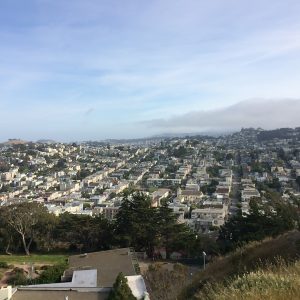 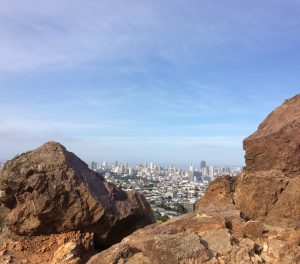 Chewy is a badass… 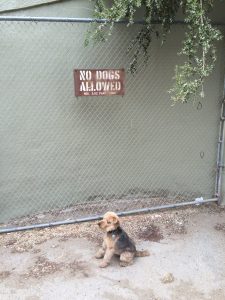 Rochester coming together in SF.  Neeti and Patrick Doyle (Patrick is an amazing artist worth checking out, Neeti too!) 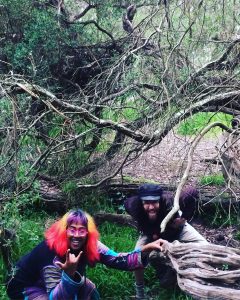 My meager housing.  Simplicity is great for creativity. 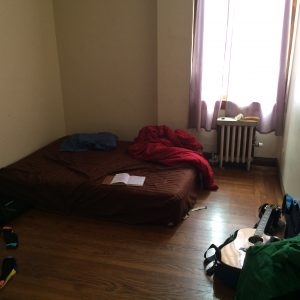 From Twin Peaks I think…. 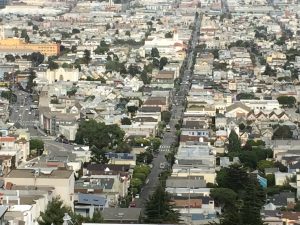 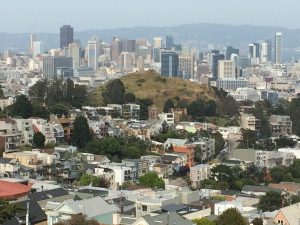 I’m going to be making a move to Patreon soon.  They are a super cool company and I’ve decided to start really focusing on online subscriptions for a while so I can focus on making videos and more solid recordings. 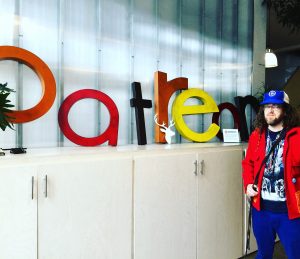 Sad to leave such a close friend, but was happy to spend a bunch of time with Neeti Fidurko, Tree In the Sky… 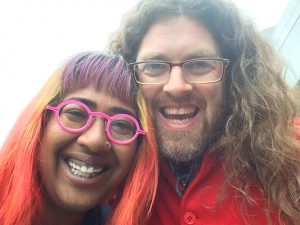