23 Psaegz will be performing at two stellar events in Upstate New York along with a ton of uber talented upstate musicians!! 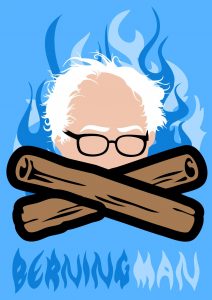 Check out this amazing list of artists:
Mosaic Foundation
Seth Faergolzia & the 23 Psaegz
Hassaan Mackey
OHS (Overhand Sam from THUNDER BODY and Maybird)
Subsoil
MdotCoop
Haewa
Mr. Boneless (Buffalo)
Joe Driscoll (Syracuse)
White Woods
Passive Aggressives Anonymous
PAXTOR
Grayak (Syracuse)
Buffalo Sex Change
Charley Orlando (Syracuse)
DJ Sigma
MC James Weldon Johnson of #BlackROCforBernie
MC Malcolm Whitfield
Food Truck by: Le Petit Poutine
——————————————————-
New York Primary is April 19! We need funds to buy advertising and materials. You can help, and at the same time experience an incredible variety of upstate musicians making hip hop, reggae, alternative, folk, rock, jam and experimental music… Are you Feeling the Bern? Come to BERNING MAN!! Brought to you by the creators of the amazingly successful, “Bernin’ Down the German House” festival, which raised over $13,000 and opened a campaign office right here in Rochester!
——————————————————-
PURCHASE ONLINE TICKETS: https://berningman.yapsody.com/event/index/36412/berning-man
or buy them in person at the office of Monroe County for Bernie Sanders or Aaron’s Alley on Monroe
——————————————————-
PLUS MORE!! WANT FREE ENTRY??
Join legions from out of state who’ll come here and help us knock on doors for Bernie the last few days before the primary. If you complete a “Knock on Doors” shift between now and the primary, you’ll get a free ticket to the show. You can go out and knock on doors, come to the show and get revved up and go out again. Shifts end at 9pm and everyone can get back together and celebrate our political revolution!
Contact: (585) 482-8636 or http://mc4bs.com/
——————————————————-
In addition to music there will be:
Photobooth
Phone banking
Bernie Merch & Information
Canvassing signup
Free entry for canvassers at 9pm
Registration check
Video documentation
Sign up for Pennsylvania Get Out the Vote 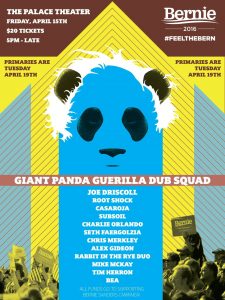 Multibird to tour Europe in July!

MORE DATES WILL BE ANNOUNCED AS THEY COME IN. CHECK HERE FOR UPDATES!! 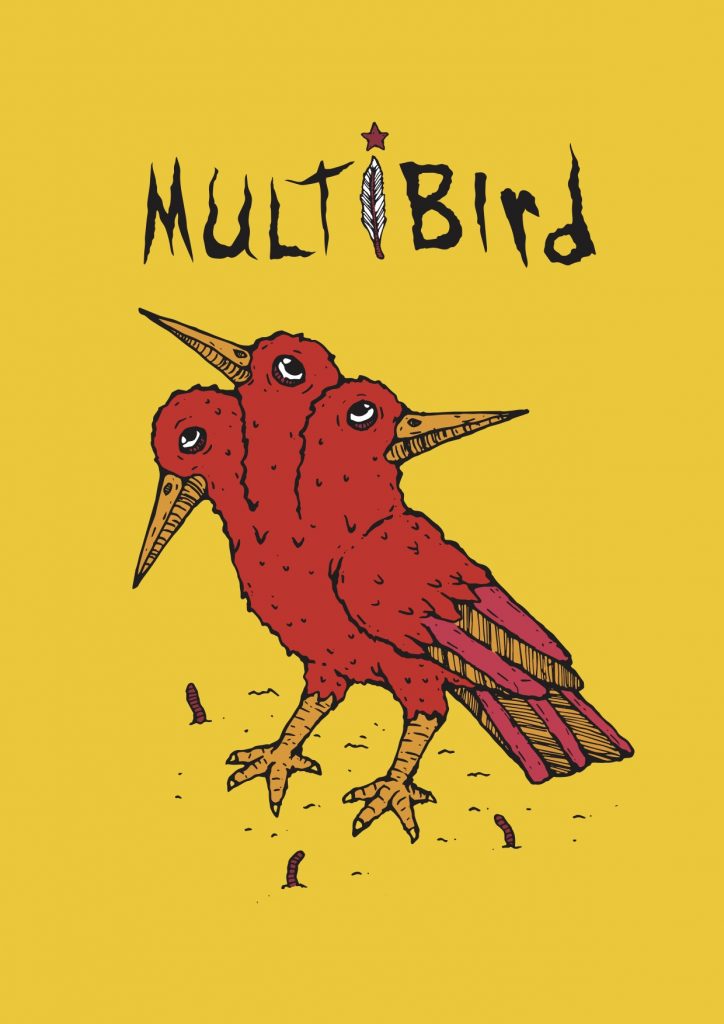 The freak-folk group will be performing a full and varied cross-section of the peerless oddball music that has delighted and baffled audiences, collaborators, and critics alike for over 2 decades. Faergolzia will continue to shake musical conventions, making moments honest and organic in their exploration of possibility.
Facebook:
https://www.facebook.com/multibird.music