Song #4 – Wiggle While You Walk

Songs 2-4 of the #100songs subscription project:

#2 WAIT FOR THE BEEP

#4 WIGGLE WHILE YOU WALK

These songs are complete and available by clicking HERE! 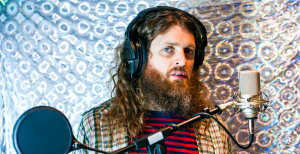 Yep, that’s right, it has begun. I have completed my first track for the Song-a-Week project for 2015. This one is called “Stars On the Pavement.”

This one is part of a series.  I started writing some three-song-songs in which I made a long background on which to put my lyrics and melodies, then wrote three separate songs over the background.  This could be likened to making a giant collage, cutting it into pieces and using the collage as a backdrop for three separate paintings.  I’m very happy with how this one turned out.  It just gets better and better as it goes.  This month I will release the full series in three pieces.  At the end of the musical series, I will do a remix of all the best pieces of the three and present a brand new track from the three.  I will also be sending subscribers the full length version along with the short ones.  This first track is a gift to everyone!  The rest can be accessed by subscribers only.  Click here to Subscribe.

Stars On the Pavement

Where are you going to, my god?  When are we going to align?

I make a forest for you, path lined with wild flowers, took a million hours and a quadrillion dollars

I sing a chorus for you in the forest that I made.  I use the birds to sing, the wind and everything, oh

I see you ride across the night sky, hand in a bottle, a message to everyone that you won’t let us down, no.

It’s not the end of the world, maybe the end of our humanity, but to be is neverending temporary

I played my part, I made a forest on your land.  I nurtured it, covered seeds in soil with my own hands

and when it’s time to go, and then I’m planted in the ground, the leaves and dust will play, and I will lay without a sound

I see you ride across the night sky, hand in a bottle, a message to everyone that you won’t let us down.

Stars on the pavement, I’m pacing the waves of it traveling the speed of life which is faster than light.

The speed of life is faster than light.

2015 marks Seth Faergolzia’s 20th year as a recording & touring musician.  A great milestone.  During this year Seth will finish up his “100songs” project and release it one brand new song per week via subscription service.   Fans can subscribe for as little as one dollar a month and get new material before the work goes public!

Over the last 4 months, Seth has been writing like mad to complete 100songs, almost one song per day, from simple guitar and voice, to super dense loops and soundscapes to electronically produced weird pop tracks.  Now that they are done, he will record, produce, mix and release them, one brand new track every week!  100songs narrowed down to the best 50.  After that, subscribers can vote to decide which of those 50 songs gets put onto an album at the end of the year.  You get to help choose how the work is portrayed!

There is a “members only” blog where you’ll get a peek into the life and creative process;  you’ll even get to put in your opinions on how it all pans out.

By subscribing, it will be like days of old when kingdoms would act as patrons to gifted creators but way cooler because we’re all real people!  No king, no permissions to ask, just pure creation.   This is like giving an artist a salary.  Predictable income means focus upon the writing and production in order to really make a masterpiece (or two or three or five or ten!)  We hope you will support this in any way you can.

Endless thanks as always,
Seth and Crew